Complexity and How to Find It 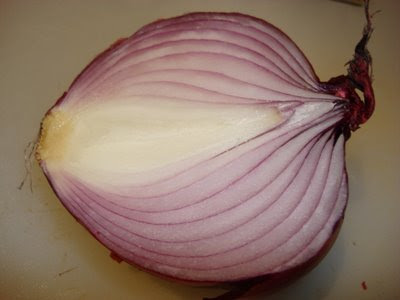 Complexity is the quality of being intricate and compounded. For example, the human body is a very complex life form compared to an amoeba. It's not just a matter of there being trillions of cells in the body but that they are connected in many different ways we're only beginning to understand. Complexity is hard to define precisely, but whenever you compare two objects or systems you can usually say without a doubt that one is more complex. One has more layers, more systems, more internal connections. An aircraft carrier is more complex than a sailboat. A chess game is more complex than tic-tac-toe.

Complexity also applies to people. Although we all have approximately the same number of brain cells, some brains are much more intricate than others. You can probably quantify this by slicing open someone's brain and examining the number of connections between cells, but that option isn't usually available to us.

An easier way to judge someone's complexity is to talk to them! Are they a one-song band or a multifaceted orchestra? Although complexity can't be precisely defined, you know when someone is complex and "deep" or simple and shallow.
Complexity is like layers of onion. Some people have many layers, others only a few. You find out which is which by spending some time with them. Assuming that you yourself have many layers, those with fewer get boring very quickly.

When you are trapped on an airplane, sitting beside a stranger, you may strike up a conversation with them just to be friendly. How long this conversation continues is a hint of their complexity. You might learn they are married, have a new baby and are a Pittsburgh Steelers fan, but the conversation peters out after that. There's just nothing more to talk about.

Then there are the rare people you find yourself beside where each question you ask leads to another and another, and soon you're engaged in an hours-long conversation that occupies the whole flight. Those are the complex ones. Each layer of them you peel away reveals a new, more subtle layer. They show signs of having thought things through, having built system upon system to deal with the challenges of their life.

In fact, these conversations usually end only when YOU reach the limits of YOUR complexity, to the point where you don't know what they're talking about—or don't want to. Their solutions may become upsetting to you when it is clear they have outpaced your own development. You curtail these conversations yourself because it is painful to see all that they have done that you haven't.

Complexity is different from success. Many simple-minded people achieve great outward fame or wealth yet remain very one-dimensional to talk to. Complexity is also not the same as intelligence, at least by standard measures. A mathematician can be brilliant in his field but still not know a thing about life outside it. Complexity is a holistic measure of emotional depth, not just abstract intellect.

Someone who is simple has one or two core areas of interest and sticks to them. He has only a couple of dimensions, which you come to understand quickly. He doesn't inquire beyond his current sphere and doesn't display much real humor about himself. Someone complex has multiple interests and appreciates the ironies of life. She can laugh at what she is doing and appreciate the absurdities of it without getting offended. The simple people are ants who see only their little ant world. The complex people see the world from above, from outer space, and even if they have to live in the ant world they are always striving to understand their place in the cosmos. They want to grasp the big picture and the underlying mechanisms, while most ants are content with the surface world in front of them.

Complexity is a treasure! It is something we want to nurture in ourselves and seek out in others. In ourselves, complexity means that we aren't just seeing in black and white but in a subtle range of colors. We see systems within systems in everything we look at, so we end up making better, more nuanced decisions.

Complexity in others helps enhance our own complexity. If you hang out with smart friends (on the internet or in real life), you're going to get smarter yourself, because these people will help you see all the subtleties of life you've been missing.

So how do you identify complex people, short of dissecting their brains? Listen to them. Watch them. Most of the data you need is being spewed out of them spontaneously. When you want more data, poke them. Ask them questions and see how they respond. Push them out of their comfort zone and see what happens.

Any data stream from the person is useful. For example: Look at their Twitter feed! People can pretend to be anything they want, especially on the internet, but they can't fake complexity. Even if a tweet stream consists entirely of articles and retweets from others, it is either a complex stream or a simplistic one. Is there intelligence in the selection of material, or is it based on a simple algorithm a computer could replicate? Are we seeing a growth curve, or are the tweets of today the same as those a year ago?

On Twitter, a good gauge of complexity is how long you want to keep reading someone's tweets. A tweeter may seem fascinating when you first subscribe, but over time you see them repeating the same ideas over and over. Once you understand their schtick, you can write it yourself and you end up unsubscribing. When your own complexity exceeds someone else's, you eventually want to move on.

Complexity has nothing to do with how many followers you have. Some celebrities with millions of followers are extremely boring and give you nothing back for your time. They are popular because most followers are simpletons themselves. They want the same things repeated over and over again because it's predictable and reassuring. If you happen to want complexity, then you have to look at a person's output objectively. Would you be following this stream if the person wasn't a celebrity or didn't happen to be a friend? Are you really getting any benefit from this output stream? Is it increasing your own complexity, or just taking up your time?

The same is true in real life. We are connected with all kinds of people—friends, family, co-workers. We receive, in some form, an "input stream" from each them. We are emotionally attached to some people, but that's a separate question from whether their input is useful in itself. Although we are very fond of a person, we may not be gaining much by interacting with them. When our own complexity exceeds theirs, they start dragging us down.
Almost everyone has something to teach us. The have techniques and perspectives that are useful to us. However, with most people, the lesson doesn't last long. We learn all their tricks, and then it's like we're trapped in First Grade with them when we really should be in Second.

Romantic relationships ultimately fail when complexity diverges. When you're in love, you see far more of that person than you normally would. After the honeymoon period, you quickly learn their limitations. You know the song they are going to be singing over and over for the rest of their lives. If you stay with them, they're going to hold you at this level, for better or worse. If you aspire to something more, then you've got a tough decision to make: Do you detach yourself, or do you accept a permanent burden on your own complexity.

In circumstances like this, where the decisions are painful, most people prefer to sacrifice their own development. That helps explain why there are so many simpletons in the world. Complexity is hard! It involves hard decisions about which input streams you are going to reject. If you have a dear friend you've known from childhood who isn't doing anything for you in the present, do you pull away, or do you continue giving them your precious time?

There is a limit to the input streams you can follow. If you are following dull and repetitive streams then you can't be following the complex ones that are going to benefit you most. Over time, you become whoever you associate with. If you follow a lot of fascinating Twitter streams, yours will become fascinating too. If you hang out with a lot of smart people, you'll become smart yourself. But of course it works in the other direction, too.

Time is your most precious resource. How you spend it—and who you spend it with—is the best predictor of who you will become.
Posted by Glenn Campbell at 4:22 AM