My Position on UFOs and Area 51 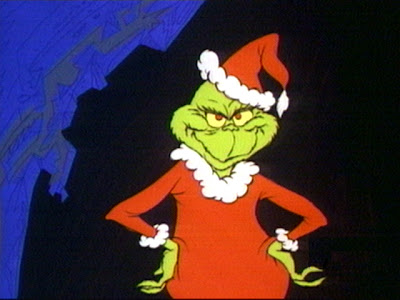 By Glenn Campbell in Jackson, Tennessee

In the 1990s, I was the unofficial spokesman for Area 51, the secret military base in the Nevada desert. I lived just outside the base and dedicated much of my life at the time to finding out what goes on there. I still appear on TV from time to time, guiding TV crews to a viewpoint overlooking the base and delivering sound bites that make you think there is something out there. Although I no longer conduct any research into UFOs or Area 51, I have chosen to continue playing at least a passive role in publicizing the base, mainly because I enjoy the process of making television. (I don't WATCH television, mind you. I can't stand sitting in front of it. But I enjoy MAKING television.)

WARNING: Don't believe any TV show I am in! It is all cooked up to make you think there are aliens at Area 51 when the actual evidence of an alien connection is nonexistent. These paranormal shows don't "lie" exactly; they just fail to give you the whole story. They may show you "evidence" of an alien or paranormal presence, but they won't give any opposing view that might show how this evidence has been misinterpreted.

Here is a handy little 44-second video to explain my position. It is my most popular—and hated—video on YouTube!

In short, there IS a secret base at Area 51 that the U.S. government doesn't talk about, but merely the fact that it is secret does not prove there are aliens there. Looking at the buildings seen in satellite images, we now know what most of those buildings were built for. There's the hangars for the U-2 program, and those over there were used for SR-71 development. If there are aliens at Area 51, they would have to be in the back of a closet somewhere or underground.

Oooo, underground! That must be where the aliens are!

Could there be alien or alien evidence somewhere at Area 51? Sure! Anything is possible. But there is no more evidence for aliens there than anywhere else on earth. If the aliens are truly advanced, they can probably hide themselves anywhere—maybe under your feet or over your head. There is nothing special about Area 51, apart from its secretness, to make you think aliens are more likely there.

Every past claim about UFOs at Area 51 has disintegrated on closer inspection. The main stimulus for alien claims at Area 51 came from Bob Lazar, an alleged "physicist" who claimed to have worked with flying saucers near there in 1989. Here is my position on Lazar. Bob suffers from the Boy Who Cried Wolf syndrome, meaning that he has lied about so many things that it is hard to believe he is telling the truth in this one special case. We also have found no evidence for a facility where he claims one is (Papoose Lake or "Area S-4" as he calls it) and substantial evidence of nothing there at all (no significant roads and different geography than Lazar describes). Could Lazar be telling the truth? Sure! Because the area is secret and you can't get in, there is always some way you can construe reality to make the Lazar story possible. But, to me, the main issue is that it is just not worth my time to investigate anymore.

In fact, that is my position on UFOs and paranormal phenomena in general. I don't believe or disbelieve. I will only say that investigating them is not the best use of my limited time on Earth.

I am an "agnostic" regarding UFOs, paranormal phenomena, religion and everything else science hasn't pinned down yet. My simple position is: "I do not know." There are lots of things I do not know. I acknowledge a whole big universe of things "out there" I don't have a clue about. As long as these things remain ephemeral, I have to rely on what I DO know. If nothing else, UFOs and paranormal phenomena are unreliable. We haven't been able to figure out the rules for them. You can't base your life on something that follows no known rules.

Until rules become apparent, you have to base your life on things you can control and predict. No matter what you think about the Afterlife, it is pretty clear that each of us has only a limited time on Earth. You have to use it for something. I have simply concluded that, compared to other things I could be doing in my dwindling time, UFOs are not the best use of my resources.

If aliens exist and are visiting our planet, you got to respect the fact that they are not interfering in our society in any obvious way. They seem to be obeying the Prime Directive, which is all you can expect of any advanced race. Aliens cannot and should not solve our problems for us, because "solving" a problem for a weaker party always creates other problems. (See my theories on marriage.) These aliens seem to be taking a hands-off approach to our planet, and you wouldn't want it any other way.

Do I feel bad about misleading people on television? To some extent, I created the Area 51 mythology by publicizing the base. In the beginning, we were desperate for the mainstream media to take an interest in UFOs. Today, the pendulum has swung in the other direction, and any kooky claim gets airtime without the slightest skepticism applied to it. How do I feel about being involved in this process?

I feel fine! When I give TV interviews, I say exactly what I think, including everything mentioned above. TV, however, is going to pick out that 15-second sound bite out of my 1-hour interview that makes you think I believe in UFOs. That's just television. That's the way television has always been and always will be. It is an entertainment device, doing and saying whatever attracts viewers. Don't confuse it with journalism.

If you believe what you see on television, there is nothing I can do to save you. If you see one of these shows and find something intriguing, it doesn't take much initiative to do a Google search to find out the real story. Most viewers won't do that, however. They'll just change the channel to the next paranormal show. I don't really feel bad about tacitly deceiving these people. They are meant to be deceived.

The only thing I am afraid of is people coming to the desert and getting in trouble there. The desert is harmless to me but could be extremely dangerous to an idiot. Fortunately, these TV shows usually build up how difficult and dangerous the whole expedition is. Climbing the mountain overlooking the base is made out like a nearly impossible Everest expedition, which is going to discourage most of your couch potatoes. The rest, hopefully, will Google it up to find the facts.

(A good starting point is my Area 51 Viewer's Guide from the 1990s, which is now available for free online.)

I don't regret my time spent lurking around Area 51. It was a hugely valuable education in ways completely unrelated to aliens. I learned about government, law, media and human psychology. I consider it a graduate-level program in human relations. Although I wouldn't spend any time on Area 51 now, I think it was a reasonably good use of my time in the 1990s.

As long as you don't expect them to save you, it is useful to think about aliens and what they teach us about ourselves. In a sense, we are all aliens. We were all stranded here on this planet, without any knowledge of where we came from and where we are going after. We all have to figure out this planet as aliens—which I think is the most important concept I gained from my UFO research.
Posted by Glenn Campbell at 10:53 PM