Psychotherapy (treatment for a short film) 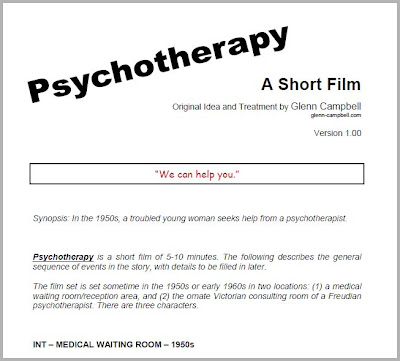 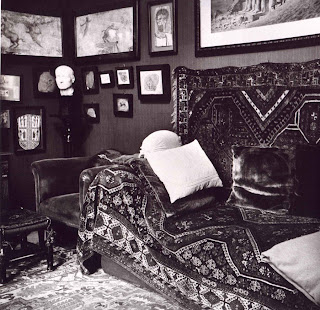 Treatment for a short film by Glenn Campbell

Synopsis: In the 1950s, a troubled young woman seeks help from a psychotherapist.

"Psychotherapy" is a hypothetical short film of 5-10 minutes. The treatment linked below describes the general sequence of events in the story, with details to be filled in later.

The film set is set sometime in the 1950s or early 1960s in two locations: (1) a medical waiting room/reception area, and (2) the ornate Victorian consulting room of a Freudian psychotherapist. There are three characters.

The 10-page treatment is available here as a PDF file.

The release of this document was announce with this tweet.
Posted by Glenn Campbell at 9:27 PM