The Spark of Life: What Makes a Great Work of Art? 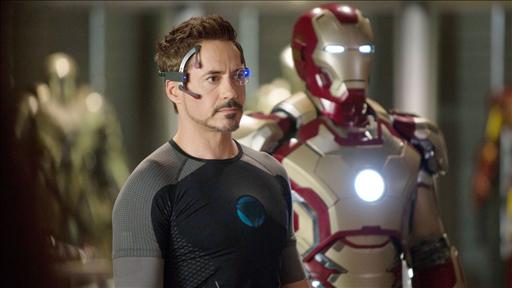 What makes a great movie—one you enjoy watching and want to see again? Is it budget, special effects, star power? If it were any of these things, then every big budget movie would be a hit and would be remembered for years. Fact is, plenty of movies made with endless resources are simply not pleasant to watch and are forgotten as soon as the publicity machine is turned off. They lack something simple and elemental. I call it the "spark of life".

The spark of life is what animates every great work of art in any medium. It's hard to describe exactly what it is, but you either got it or you don't.

In any medium, you have thousands of competent technicians but only a few great artists. The artists are those who can look beyond the technical aspects of their craft to what the audience is actually experiencing. There are plenty of musicians who can string notes together, plenty of painters who can render a scene and plenty of people who know the techniques of film, but most of them just don't get what the audience is seeing. The audience doesn't care about technicals. It wants to connect emotionally with a human character or situation and learn something about themselves in the process.

I went to a big-budget superhero movie a couple of nights ago: Iron Man 3. On the surface, it was just an attempt to capitalize on the success of the previous two movies.  The special effects were over the top. The credits included hundreds of technicians and a few highly paid movie stars. The plot was absurd and full of internal inconsistencies—yet I thoroughly enjoyed myself!

What I went to see were the quirks, defects and chutzpah of Tony Stark. Like the rest of the audience, I see in him some of myself. Tony and his personal humor are all that matters. I don't care about the special effects. They are just a vehicle that let's Robert Downey do his thing. His character brings the spark of life to the movie.

What gives life to a movie are the little ironic nuances of the character and script, not the monsters or explosions. In Ironman 3, there are too many of these clever observations to name (and it would be a spoiler if I told them to you). A character says or does something ironic and unexpected yet totally human and authentic. We laugh because we understand this element in ourselves. Those moments are what make the movie. Those are the things I take with me out of the theater. I leave behind the plot, the special effects and all the defects of the film.

Technicians and investors can't grasp these human moments. If the movie doesn't work they think, "We need more explosions!" Business people think that if you have a problem, you just need to throw more money at it, but art doesn't work that way. Art is an intimate observation of humanity that has nothing to do with budget.

A thousand people may be involved in the special effects of a movie, but creating ironic human observations is a private effort involving, at most, two or three people. If you have too many cooks in the kitchen, it becomes a committee, which inevitably kills the spark. In the case of a movie, you have an actor, director and maybe a scriptwriter working together to create an ironic nuance. In most other works of art, you have only one artist in charge. Individuals and partnerships can build nuances; committees can't.

Committee and teams can create special effects extravaganzas, no problem. They just carve up the work into smaller units and farm them out. Many a big-budget movie has failed because it consisted only of special effects designed by a committee. It lacks the core human observations that power the whole thing. This essential humanity is something fragile that committees can't put together.

Most individual artists can't do it either. In music, for example, there are countless great technicians and virtuosos, capable of working with instruments and putting musical elements together, but there are few great storytellers, capable of connecting with the audience. You listen to the work of the technicians and it seems to have all the basic elements of good music, but it lacks human life. In focusing on their instruments, the technicians have lost touch with what the audience is experiencing. In certain sense, most professional musicians lose their hearing. They don't hear their music as the audience does, and no amount of resources or technical skill will give them this gift.

Many musicians hit the sweet spot by chance. These are known as "One Hit Wonders". They produce one memorable song, and on the strength of that song they are given all the resources they could want to product another, but they can't do it. They never understood the spark they were dealing with, so they can't reproduce it.

Much of this skill lies in the strength of knowing that special effects don't matter. Budget and publicity don't matter. It is the message that matters. What matters is capturing a quirky, essential and authentic little element of humanity and playing it back for the audience.

That's what makes art resonate.
Posted by Glenn Campbell at 2:45 AM