The Fraud of Photography 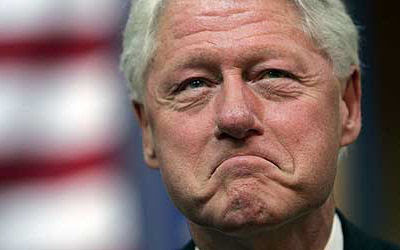 Photos are full of lies! As a photographer, I know it well. Even if it isn't doctored in Photoshop, a photo can seriously deceive the viewer. A photo is the equivalent of interviewing someone for an hour, then broadcasting only a few words of what he said, giving an impression that could be entirely different from his actual opinions and the rest of what he said.

The essential fraud of photography is that the viewer assumes the photo is a representative sample of the whole of something, when in fact it is a highly selective. The objects or events being portrayed may be exceedingly rare, but the photo makes us believe they are common.

If you see a photo in the newspaper of the President frowning at a news conference, you can rest assured that he really did frown—for at least 1/250th of a second—but that expression may not have been representative of his demeanor during the rest of the news conference. Thus, the photo, although recording real events, may not be truthful journalism.

The fraud can take place over both time and space. In time, you are taking a slice of life in a fraction of a second, which might have nothing to do with what a person is doing the rest of the time. In space, the camera is looking in only one direction, while something totally different could be happening in all the other directions.

In both cases, the viewer invariably assumes that what is going on outside the frame is merely a continuation of what is happening inside the frame. Thus, he may be shocked and disappointed when he experiences the reality for himself. It could be nothing like the photo!

When someone publishes a photo of something, they are showing only the most appealing or unusual part of it, intended to serve their economic, personal or artistic agenda. Every photographer has an agenda. Photos rarely show the dull and ordinary parts. A photo is like a tourist brochure that shows only the most appealing (or least appealing) parts of the city and tells you nothing about the rest.

The photo CAN be representative of the whole, but more often it is not. This is because the photographer is mainly concerned with the aesthetics of the photo itself and not what it represents. The photographer is selling a product and has an incentive to create drama and interest in it. His product is "reality-based" rather than reality itself.

If you want reality, a photo can be a helpful starting point, but to see the Big Picture, you'll probably have to be there yourself.
Posted by Glenn Campbell at 6:01 PM