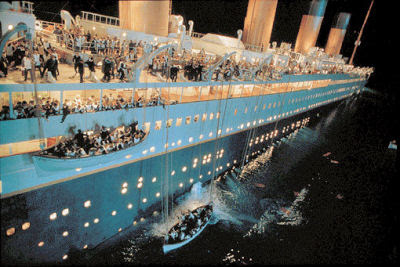 An article in today's New York Times (Proposed Bailout Could Set a Record) defines the immensity of the proposed bailout of financial institutions.

The ambitious effort to transfer the bad debts of Wall Street, at least temporarily, into the obligations of American taxpayers was first put forward by the administration late last week after a series of bold interventions on behalf of ailing private firms seemed unlikely to prevent a crash of world financial markets.

A $700 billion expenditure on distressed mortgage-related assets would roughly be what the country has spent so far in direct costs on the Iraq war and more than the Pentagon’s total yearly budget appropriation. Divided across the population, it would amount to more than $2,000 for every man, woman and child in the United States.

I don't pretend to know all the implications of the bailout or the potential costs of not acting, but I am deeply worried about the fragility of the economy -- and about those big numbers showing the U.S. Government going deeper and deeper into debt. How is this any different from a homeowner taking on unsupportable debt based on the speculative value of his home? Don't you have to pay the piper at some point?

Are we slipping toward economic Armageddon where the "full faith and credit of the U.S. Government" isn't worth the paper it's printed on?

Have bailouts really worked in the past, or is this a costly political band-aid that just makes things worse? Both parties seem to be in support of the bailout, which is another bad sign. The last time that happened, we got into the war in Iraq.

I am worried for myself, the people I care about and the world at large, as our personal economic options dry up.

I've got the sickening feeling of being on the Titanic, knowing the ship is sinking but also knowing there's little I can do.


Posted from Las Vegas
Posted by Glenn Campbell at 7:33 AM