The Coming "Big One": Economic Collapse and Why It Must Happen ⸺ A Tweet Essay 🧵 by Glenn Campbell 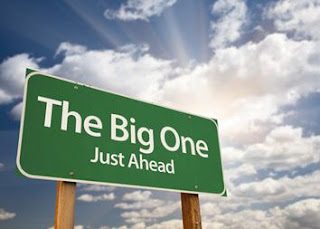 Below is a reformatted version of my tweet essay called #de_BigOne, starting on 16 Jan 2021, . This long series of tweets is merged into a single document here for ease of reading. The beginning of most tweets is marked by ➤. Text in [brackets] was added after the original tweets.
➤ ꧁ The Big One ꧂ #de_BigOne
The economic “Big One” is coming.
The crash to end all crashes.
The collapse of the modern economic system.
I can’t tell you when it will happen, how it will happen or what it will look like. I can only offer the humble #dd_TweetEssay below. 🧵…
➤ The biggest story on the 🌎 right now is not the 🦠. It is unrestrained money printing by the #dd_Fed and other central banks, partly in response to the 🦠.
➤ The 🦠 has broken the back of any fiscal restraint. The US Government no longer has any hope of balancing its budget or paying its debts—ever! The debts are too large and the shortfall too great.
➤ The debts of the US Government are transferred to the #dd_Fed:
The government issues bonds.
The Fed is obligated to buy those bonds to keep markets from tanking, “printing” money to pay for them.
➤ In effect, the government is funding its operations by printing money—either money created by the Fed or bonds traded by investors as though they were money.
In 2020 and probably 2021, roughly half the government budget is “printed” instead of collected in taxes.
➤ This system can’t work forever.
If it could, it would be a sort or perpetual motion machine providing “free energy” without any energy input.
If the government can print its way out of any crisis, the logical question arises: “Why pay taxes at all?”
➤ Money has no value in itself. It is “representative” of value. It’s an intermediary device instead of directly trading, say, bread for chickens.
You can’t create more 🍞 or 🐓s just by printing more 💵. Instead, you are devaluing the 💵...
Eventually.
➤ The traditional equation is: money printing = inflation. That’s what happens in any 🍌 republic.
Our situation is more complex. We’ll get inflation at the store someday, but in the meantime we are passing through some unexpected intermediate steps, like asset inflation.
➤ The greatest economic absurdity of the Microbe era is that US stock markets have 📈 not 📉 ⸺ reaching ALL TIME HIGHS!
It’s 🤪!
Even an attempted coup on #dd_Jan6 caused markets to rise, not fall. 🤦
This is not normal investor behavior.
➤ For now, stock valuations seem to bear no relation to the profit-generating capacity of the represented companies.
They are speculative assets propped up solely by Fed intervention in the economy.
Stocks rise on bad news because investors assume it means more Fed intervention.
➤ To try to keep the economy afloat, the Fed (and #dd_ECB) has vowed to keep interest rates near 0% for the foreseeable future.
This has the perverse effect of forcing investors out of “safe” investments like bonds and into speculative ones like stocks, inflating asset values.
➤ There is no conspiracy here.
The Fed and ECB aren’t part of some omniscient cabal manipulating the economy in favor of a ruling elite. That’s giving them too much credit.
They are as helpless and incompetent as everyone else.
One rule rules them all: NOBODY KNOWS ANYTHING.
➤ Fed 💵-printing is a #dd_Ponzi scheme that WILL fail, but no one knows when or how.
The saying goes: “Markets can remain irrational longer than you can stay solvent.“
I call this #KeynesCurse and I have a 🧵 on it.

➤ Like any other Ponzi scheme, the endgames for the economy and government are knowable. What is not knowable is how we get there.
➤ The Endgame🔚 for government bonds is they can’t be redeemed for their full value. Either—
① The government defaults, or
② Inflation erodes their value
Government debt is a true #PonziScheme where early investors are repaid by later ones until 💣💥
➤ The Endgame🔚 for assets like stocks or real estate is that they collapse at least to a value consistent with the realistic future profits of the underlying business. 📉
➤ The Endgame🔚 for currencies 💵💶💷💴 is inflation, even #hyperinflation, as the value of money is rationalized with the growing money supply.
➤ The Endgame🔚 for large governments is either—
① They collapse entirely, or
② They learn to function at a greatly reduced level on the taxes actually collected.
The latter is hard because there’s no political will for the Draconian cuts required.
🎲 I’m betting on ①
➤ If large governments collapse, humanity will persist, just as it did after the Fall of Rome™, but many services we take for granted could be lost.
We can only speculate about what those lost services may be. Aqueducts? 🚰 Roads? 🛣 Public order? 😱
➤ The economic "Big One" is like the coming Big One on the San Andreas Fault. Every year, it builds up tensions. You know it has to snap sooner or later, but you don't know when.
This tweet essay, like others, could resume in the future.
{backed up by email: 1/16/21
{backed up as a giant image on twitter: 1/16/21
Posted by Glenn Campbell at 5:27 AM