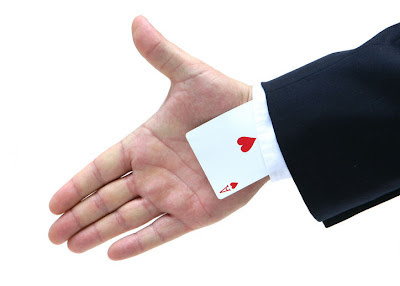 While reviewing the screenwriting exercise of my co-conspirator, I thought of several rules for the process. These aren't the only rules, just the ones I happen to think of when reviewing this work.


RULE #1: Never EVER start a scene at the beginning

The usual bland television style is to set the stage first with an establishing shot and then begin the action at the beginning, but that’s WRONG. Scenes (or movies) that start at the beginning are BORING. Did Citizen Kane start at the beginning? No, it started at the end! All great movies and movie scenes are like that: They jump into the MIDDLE of the scene, at the juiciest or most surreal part. From there, you can work back to the bigger picture.
Instead of starting with an establishing shot, why not start with a detail? Maybe we NEVER get the establishing shot, and NEVER see the whole environment. Maybe the whole story is better told in intimate detail with the rest of the environment merely implied. (At the least, details are a lot cheaper to film than the whole battle scene.)

RULE #2: In every movie and every scene of that movie there is a fundamental transformation, and you have to know what it is BEFORE you start writing

The “transformation” is a dramatic shift in perspective. It can be a change in a character, in the direction of the story or in what the audience knows. This transformation moves the story forward and is the whole purpose of the movie or scene. It is the central driving force for everything else that happens. The audience doesn’t know what this transformation will be -- It’s going to come as a surprise. – but you as the writer have to know before your start writing. It’s the main “magic trick” you are going to perform, so you have to know what the set-up is going to be.
The transformation can be described first in a sentence, then in a short treatment. There’s no sense in writing any of the dialog until you have a roadmap for where everything is going.

It is okay to be “inspired by a true story,” but once you are so inspired, you need to set reality aside and focus on what is symbolic and elemental about the story and, more importantly, what serves the transformation. Everything else about reality is just noise and has to be discarded.
What was actually said and done is not important. Instead, you’ve got to create something entirely new that serves your greater purpose. You HAVE to do this if you expect to fit all the complexities of a reality into a 90 minute film. In fact, you can’t do it! Reality is too complicated. Instead, you’re going to create a symbolic and stylized CARTOON of reality – like The Simpsons.
Once you create a cartoon character, you have to let it obey its own rules. Yes, The Simpsons have something to say about our reality, but first and foremost they must stand alone in their own reality. You can’t think, “What did Homer really say?” Instead you have to ask, “What WOULD Homer say, consistent with his cartoon personality.”
Posted by Glenn Campbell at 10:37 AM