Tribute to Glenn Campbell, aka "Psychospy" 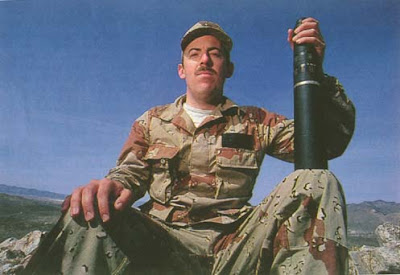 On a discussion thread about 2 years old, some old timer's have some nice things to say about Glenn Campbell, aka "Psychospy" in his Area 51 days.

"Glen Campbell was definitely an inspiration to me, and his Area 51 website was a regular stop of mine."

"Yes, Glenn Campbell is my hero, i've always wanted to head out to Nevada to take Glenn's Place and continue his research."

"Reading ufomind as it was then always made you feel as though you were in Nevada, that all the information was easy to find and that climbing mountains was all in a days work. At the same time there was always an air of suspicion over Glenn, was it just his competitors trying to tar his brush or was there some truth in their claims? We'll never know but it certain kept your mind open.... One of the things I will always admire Glenn for was just suddenly leaving it all behind. Who today would make such a large web site, put years of research into it then just say "bye"... I would love to know what Glenn is up to these days, if only for curiosity."

"Ten-fifteen years ago, I was in high school. I remember taking an aviation class and we'd always have time to discuss "current events". Popular Science comes out with a huge spread on A51. Larry King did a taping from Rachel, which I taped. Glenn was a part of it all. Granted, there are lots of people, stories, claims, whatever; but Glenn really has a foothold in groundbreaking A51 research. I really don't think he or everybody has an idea about how many people he touched and influenced. He may not have started a craze, but how many of us can say we had a interest, moved there, and lived on A51 borders until we could take it no more. A lot of information we have regarding this place comes from Glenn and there is no way I can repay him. Last year I finally purchased his book, and I wish I had years earlier.... If there were ever somebody who deserved to visit such a secret, forbidden place, I think Glenn had earned his right."

Reading things like this is bittersweet. I feel a little like the fictional band Spinal Tap, while on a disintegrating concert tour in the USA. They've just arrived in a new city for a concert, and in their hotel they hear one of their old songs playing on the radio, so they gather round to listen. Then the announcer says, "That's from Spinal Tap, now residing in the 'Where are they now?' file."
Posted by Glenn Campbell at 5:54 PM