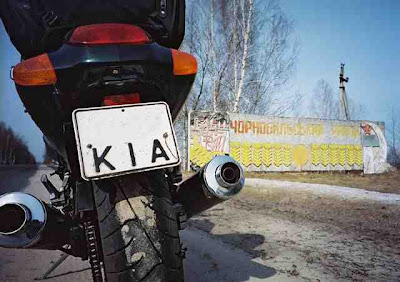 One of my first short screenplays (#3: "Natasha") was loosely based on a character I saw online almost ten years ago: A girl with a motorcycle who investigates the devastation around the Chernobyl atomic plant. After some searching, I finally found her again...

Kiddofspeed: My Rides Through Chernobyl Area
Click on "beginning" for her original story. (Apparently, there is some skepticism of it on the 'net, but it's a great story nonetheless.)

My own script is about a girl with a motorcycle during the Soviet era. She is a superhero of some kind, but I'm not sure yet what she should do. Be recruited into the KGB? Fight for environmental justice? My heroine is a former Olympic gymnast who can to a lot of things beside ride motorcycles. 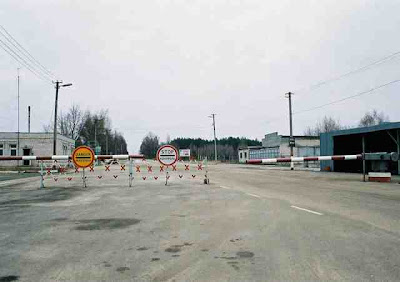 Posted by Glenn Campbell at 2:01 AM