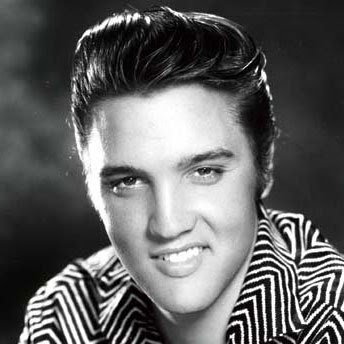 IT'S NOW OR NEVER

SET-UP: We are inside a tacky Las Vegas wedding chapel. The ORGANIST is drunk and is hunched over on his keyboard, asleep. The MANAGER pokes him and he jumps into action, abruptly playing "Here Comes the Bride." A couple comes down the aisle. They are both dressed in casual tourist clothing. They approach the alter, toward the preacher who is turned away from them. The preacher turns around dramatically and we discover he is… ELVIS (or a reasonable facsimile). He launches into a well-practiced performance in which he sings a sappy love song, says something about the "joining of two hearts," then begins the legal wedding oath. He asks the GROOM if he takes this woman as his wife, and he says "I do." Then he asks the BRIDE.

IGNITION: The woman is tongue-tied. She looks around in a daze, recognizing what she is about to do. She shakes her head and starts pulling away. "No… no," she says, "This isn't right. I can't do it."

ACTION: The ceremony comes to a screeching halt. The GROOM draws the BRIDE aside, while ELVIS, the ORGANIST and the MANAGER awkwardly wait. He wants an explanation. The BRIDE gives a long list of reasons why the wedding shouldn't happen: They have only known each other two weeks; he's unemployed; he blew all his money on blackjack last night and she had to pay all their hotel bills this morning; a dozen past girlfriends have called him while they were together and he took all their calls; he is seriously behind on his child support payments from a previous marriage; he has been drunk half the time he has known her, and she would be embarrassed to take him home to her parents. He isn't even much good in bed because he is so insensitive and self-centered.

The GROOM is stunned. The case against him is overwhelming, and there is no way he can respond. He seems ready to accept defeat and leave the chapel.

SHIFT: Then ELVIS intervenes. Speaking in the inspirational voice of The King, he gives a corny little speech about love. (The ORGANIST even takes the hint and plays the appropriate background music.) Elvis says the course of true love never goes smoothly. Love is always a risk, he says, but to make it work, you have to be willing to take chances. Marriage is just like the lottery, he says: You never know if you've won if you don't buy a ticket.

He then begins singing, "It's Now or Never."

The BRIDE shakes her head, as if saying, "I can't believe this is happening." On one side is logic and common sense, and on the other is this cloying and manipulative sales pitch.

ELVIS urges the BRIDE to look deep within her heart before she walks away from this man. He asks her to come back to the alter.

TWIST: And she does! She picks herself up and goes back to her position. Elvis asks the question again, and she finally says, "I do."

RESOLUTION: The couple kisses, and ELVIS starts singing another love ballad. The couple walks hand-in-hand out of the chapel, but ELVIS keeps singing. When the song is over, it is just him and the ORGANIST in the chapel.

"Thank you," says ELVIS to an imaginary audience. "Thank you very much."

BTW: Here are the lyrics for "It's Now or Never."
Posted by Glenn Campbell at 1:44 PM